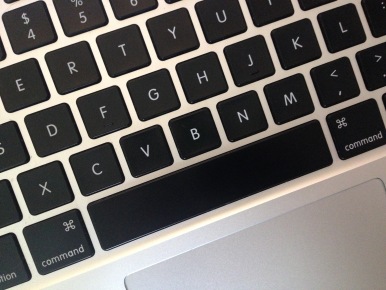 If a writer logs on,
she’ll want to check her email before she starts working.
When she checks her email,
she’ll see she someone tagged her on Facebook.
She’ll log into Facebook,
and see she has three messages.
When she checks her messages,
she’ll notice one of them is from a writer friend.
When she connects with her writer friend,
she’ll click on the friend’s link to an agent tweet.
When she clicks on the link,
she’ll have to log into Twitter.
When she logs into Twitter,
she’ll see five notifications.
When she opens her notifications,
she’ll want to reply to all of them.
When she’s finished replying to them,
she’ll have gotten six more notifications.
The notifications will remind her that it’s the day of a pitch contest.
So she’ll work furiously on 140 character pitches.
She’ll fake tweet them 12 times to check her character length,
and then she’ll remember that she needs to leave space for the hashtag.
She’ll rewrite the pitches another 18 times.
When she finally has them right,
she’ll set her phone alarm to remind her to tweet periodically throughout the day.
But her phone will remind her that she needed to return her mother’s call,
so she’ll call her mom to chat.
When she’s done talking to her mom,
the first alarm on her phone is buzzing.
She’ll log into Twitter to tweet her first pitch.
Since she’ll have an hour before her next pitch,
she figures she’ll do some writing.
So she’ll open her current WIP.
She’ll read three paragraphs and begin to wonder why she ever wrote them.
Wondering why she wrote them will lead to self-doubt.
Self-doubt will lead her to log into Facebook to talk to her writer friend.
Her writer friend will convince her that her writing is not garbage,
but only after a lengthy chat.
About the time the chat winds down,
the phone alarm buzzes to remind her to tweet her second pitch.
She’ll log into Twitter and discover her first pitch hasn’t been favorited.
Feeling defeated already, she’ll tweet her second pitch.
Then she’ll close her laptop because she just can’t stomach defeat.
An hour later, she’ll regain her determination and decide to write,
so she’ll open her laptop to write.
And chances are, if she opens her laptop,
she’ll want to log on.

4 thoughts on “If a Writer Logs On”

This site uses Akismet to reduce spam. Learn how your comment data is processed.